What is cognitive bias: definition, examples 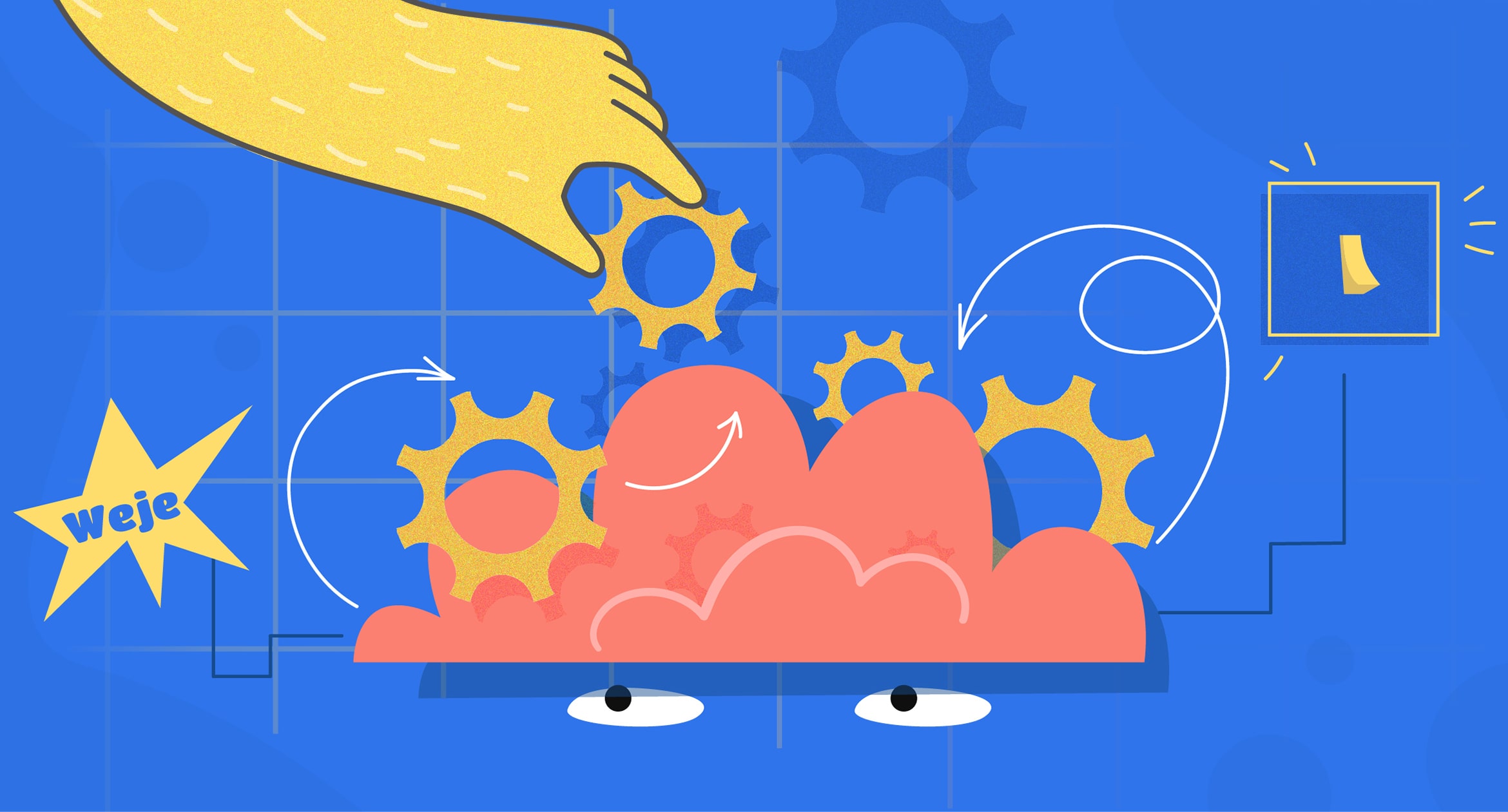 Most individuals think they are rational. However, the reality is we are constantly under the impact of several biases. These biases affect your thinking, decision making, beliefs and also impact judgments. In case you don’t know what cognitive bias is, let me define it.

What is cognitive bias?

A cognitive bias is an error that arises in your reasoning and misinterprets information from the surroundings and leads to a wrong decision. Mostly this happens because you are engulfed with various information from several sources. Furthermore, these biases lead to decision-making that differs from rational objectives.

However, in a few cases, cognitive biases make our decision-making efficient and quicker. Your brain creates shortcuts that curtail the time to process the information. The issue is that these shortcuts aren’t always rational, and they are mostly based on your life experiences.

Some of the biases are due to past experiences and memory. The way you remember any particular event or incident may be biased due to several reasons, and that can lead to biased decision-making.

Here are some common cognitive bias types and examples.

Below are some common types of cognitive bias that you will find in behavioral finance.

This bias states the tendency to seek out information and details that support your belief. Furthermore, confirmation bias can be classified as a particularly “wicked” subset of cognitive bias. People will give priority to those things that matter to them the most and not give importance to other things. This attention-giving often leads to the ostrich effect. All the evidence that confirms the facts are often overlooked due to your personal beliefs.

The bias indicates how people observe a concept or event to be naïve due to a lack of understanding or simply thinking. When you have less knowledge about something, the less difficult that things look, it is natural. However, the Dunning-Kruger Effect reduces curiosity, and more than often, people don’t explore any other idea or concept, as the existing one seems simplistic to them. Furthermore, the bias also makes people imagine that they are more better and smarter than the others, just because of a reduced complex idea and simplistic understanding.

This bias reflects how people support or believe someone who is like-minded and hails from their own community or social group instead of an outsider. This type of cognitive bias tends to eliminate neutrality from team selection or hiring process, as decision-makers support those who are close and personally known.

It can be defined as an assumption that we will encounter only “good.” Plus, people think that they have done all the right things, but disasters happen because of uncontrollable circumstances or incidents. This bias blames outside circumstances for disasters and bad situations, and people don’t take responsibility for those bad events.

This bias attributes someone’s behaviors to present unfounded stereotypes while attaching our beliefs and behavior to outside factors. For example, when someone from your team arrives late in a vital meeting, you might feel slow or lack motivation without paying attention to their internal and external factors such as sickness or traffic accident that made them arrive late in the meeting. However, things are not the same when the same problem occurs with yourself. Suppose you are late due to a flat tire, you expect others to consider the fault to the external factors i-e a flat tire, instead of your behavior.

Hindsight bias, or knew-it-all-along effect, is when you notice actions to be more predictable after they arise. In hindsight bias, usually, people overrate their ability to determine the result or consequence beforehand, even though they don’t have the information that would not have led them to the actual result. This bias is common in sports and political world affairs. Hindsight bias leads to the boldness to predict future results and outcomes.

The anchoring bias, or focalism, or the anchoring effect refers to those who are too much dependent on the information they receive first and base all decisions or opinions on this info.

This refers to how we estimate any positive outcome if our mood is right.

This bias is the opposite of optimism bias and refers to we estimate any negative outcome when we are in a good mood.

This bias refers to our impression regarding a person, firm, product, or business in a single domain that overcomes our overall impression of the entity or individual. For example, a person who loves a refrigerator’s performance that he/she bought from a particular brand is likely to purchase other products or services from the same brand due to the positive customer experience with the purchase.

The status quo bias relates to the preference to maintain and arrange things in their actual form or state while classifying any change as a loss. This bias makes it difficult to process or accept changes.

Various studies and researches suggest that positive changes and relevant training can minimize the effects of cognitive biases. Below are some tips that will help you overcome biases affecting your thinking and decision-making abilities.

Be aware of bias: think about how cognitive biases are impacting your thinking capabilities. In a study, researchers gave feedback and information to help users understand cognitive biases and how they can affect or influence decisions. The study’s outcome showed that good cognitive bias training effectively reduces the adverse effects up to 28%.

Be aware of the triggers and factors that impact your decisions: Be aware of all the factors such as overconfidence or self-interest. Determine they are influencing your decisions. Knowing all about the influences and triggers will help you in making better choices.

Challenge your biases: After knowing all the factors and triggers that influence your decision-making capabilities, focus on aggressively challenging those biases. Think thoroughly, wisely, and take your time. Think about is there any factor that you have missed out on? Or are you giving too much importance to any particular factor? Or are you overlooking relevant information because it doesn’t match your thinking or doesn’t support your perspective? By paying attention to these things and challenges, you can overcome your biases, and eventually, you will become a more critical thinker.

You can also try these simple hacks to deal with cognitive biases:

Define clear and precise criteria to evaluate every option, and then use them consistently. Further, always use the same standards when evaluating any decision to reduce bias.

Don’t hesitate to try out different options. Try and give them sufficient time to see how they come out.

Be mindful of the participants who are involved in the strategy session.

If you notice a vibe of any particular bias, speck it out.

You are only giving attention to the stories and news that is according to your personal opinion.

You are always blaming external factors, especially when things don’t go as planned or according to your belief.

You are relating other people’s success and achievements to fortune but taking personal credit for your achievements.

You are learning inadequately about a topic and thinking that you have mastered it and know all about it.

When you are making decisions about the others in your surroundings, you will think that you are being logical and capable of taking and evaluating all the available information. Unfortunately, sometimes these cognitive biases trip us, and this results in leading to poor and bad decisions.

If you consider every possible factor or option during decision making, it will need a lot of time to make even the simple decision or choice. Because of the pure complexity of the world surrounding you and several information sources in the environment, sometimes it becomes necessary to rely on mental shortcuts to act timely and quickly.

The causes of cognitive biases can be several, and a number of things contribute to it. However, the major contributor remains the mental shortcuts, also known as heuristics. While sometimes these mental shortcuts can be accurate, but most of the time, they result in various errors in your thinking.

However, many other things factors that contribute to these biases are mentioned below:

Cognitive bias also occurs in the elderly because of reduced cognitive flexibility.

Lastly, we hope that this guide will help you out in overcoming your biases. The whole overcoming process is hard, and our brains have to fight with them all the time, but this hard works and effort are worthwhile. And helps to generate better and realistic ideas, allow us to become more objective, critique, and make decent decisions.