What is a concept map: definition, examples 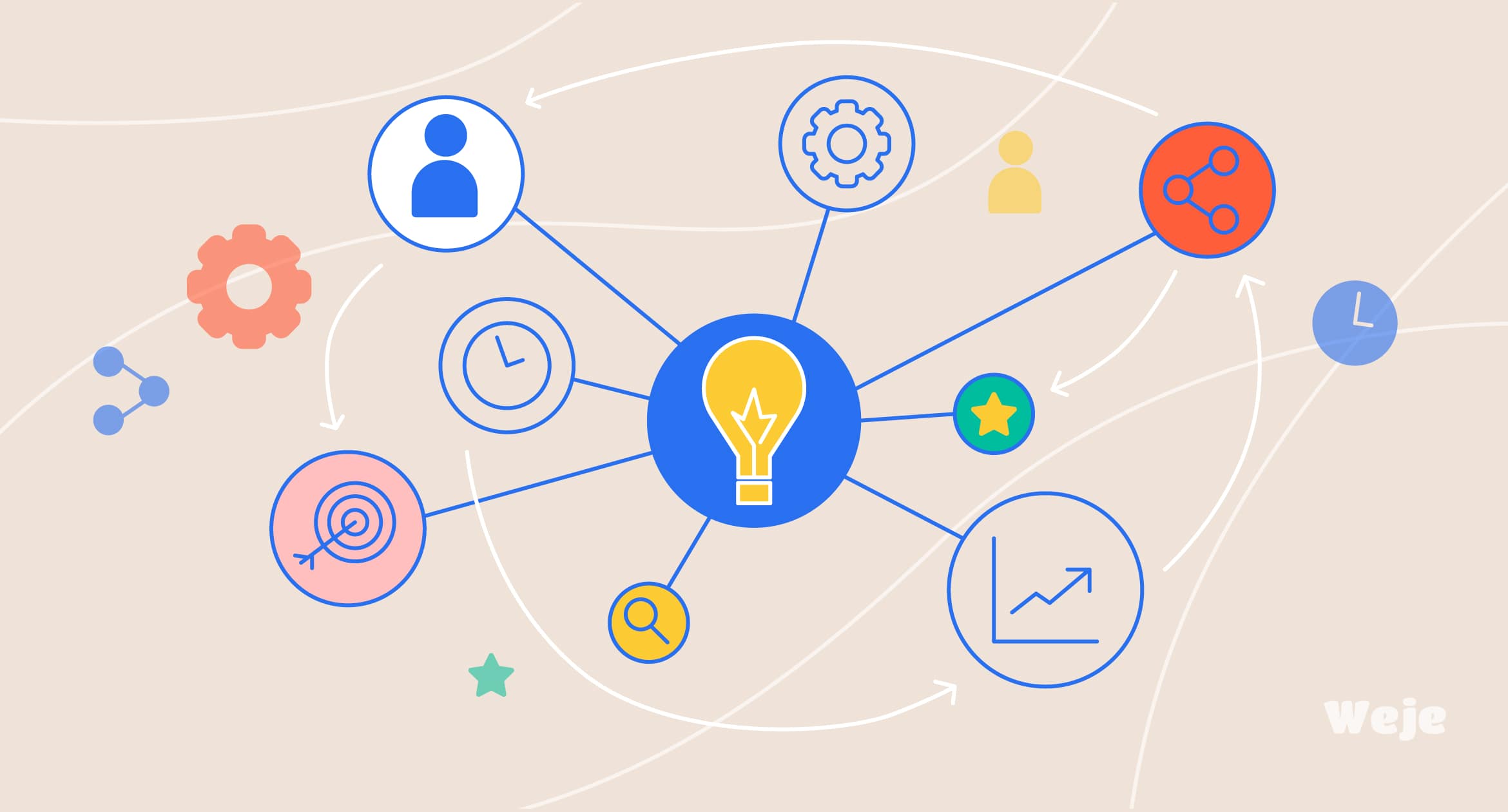 Organizing your thoughts and ideas is something that’s often easier said than done. Whether you’re putting together a business pitch or simply trying to centralize the ideas bouncing around your brain, there are plenty of benefits in having an organized, conceptual map of your thoughts that plots out your agenda or train of thought. Concept maps are effective thought and organizational tools that provide a visualization of your ideas and allow you to connect them seamlessly for a powerful thought tool. With a concept map, you can streamline your ideas and strategize on the best ways to make an argument effective and powerful.

What exactly is a concept map?

A concept map is, in its most basic form, a diagram or drawing that functions as a tool to visually represent relationships or connections between certain concepts and ideas. Most concept maps feature a series of different ideas inside circles or boxes that are then connected by lines or arrows. The lines can be labeled to help clarify a connection or can simply just emphasize the relationship between ideas. The example of a standard concept map:

Note how each idea is distinguished with its own independent box, but different lines explain how some ideas are interrelated. For example, “linking words” is shown as a result of “linking lines,” but it’s also connected to “nodes” by another line because linking words are related to the concept of a “node”.

Concept maps are mostly distinguished by their deconstructed ordering of ideas. A node is another way to refer to each concept, the “idea” in question that you’re trying to depict. Ideas are assembled loosely, sometimes in an hierarchical order and sometimes in terms of connections. For example, if you are trying to convey the idea that your company will first manufacture the product and then distribute it to customers, you might have two nodes, one that says “manufacture product” and one that says “distribute” and show an arrow leading from one to the other.

Linking words or phrases can be included on lines to help clarify the lines between connections. For example, if you want to clarify that you’ll be distributing your product through a third party retailer, you might add the phrase “retailer” to the arrow that connects the two nodes to clarify how that relationship will be explained. Your linking phrase should be as concise as possible and stick to just a few words in order to clarify without overcomplicating your concept map.

When should I use a concept map?

Concept maps can be helpful in a number of different scenarios. Many teachers and education professionals use concept maps to help younger students begin to put together their sentences and arguments. Beginning writing teachers also enjoy the concept map as a tool to organize papers and represent brainstorming ideas.

In the professional sense, concept maps have been used for everything from general brainstorming to specific project presentations and expected timelines. A concept map can help you propose a new project to your boss or propose a general timeline for the execution of a new work procedure. They work as a graphic design tool that can take away excess text and complicated graphs and simplify your project into a clear and understandable plan.

The brain has been proven to process visual information up to 60,000 times faster than text, meaning that concept maps can help you convey important information far more quickly than a simple document. Being able to display an understanding of complex subjects and their relationships in a visual sense facilitates comprehension, sparks creativity, and synthesizes old and new information together in a collaborative and clear learning style.

How do I make one?

Making a concept map is easier than you might think. Begin by brainstorming the list of ideas and linking points that you want to be sure to include on your map. Next, find the most important point or general idea that shapes the rest of your concept. This will be the beginning of your concept map. Place the concept bubble at the beginning of your page and begin organizing the remaining thoughts and ideas as they naturally flow from each other. Connect related ideas with arrows, linking words, or any other graphic that makes sense to you.

Next, step back from your map and look it over again. Does the organization of it make sense to you? Does it clearly convey a linear relationship between certain topics and establish a conclusion of a specific outcome that flows naturally from your general theme? If so, you can take your concept map and begin using it. Don’t be afraid to continually revise your concept map as often as needed in order to keep it updated and refreshed.

Concept maps can appear in a number of different formats ranging from organized and business professional to more casual and relaxed. Here are some common concept map usages and templates that you might find useful in creating your own concept map.

A blank concept map is great for professional situations that require clear communication and connections from ideas to outcomes.

Concept maps are clear and functional ways to depict even the most complex of ideas in a visually appealing and well-organized manner. If you’re looking for the next best way to clarify your new ideas, try using a concept map to help make your point come across effectively and powerfully!