What is a dichotomous key: definition, examples 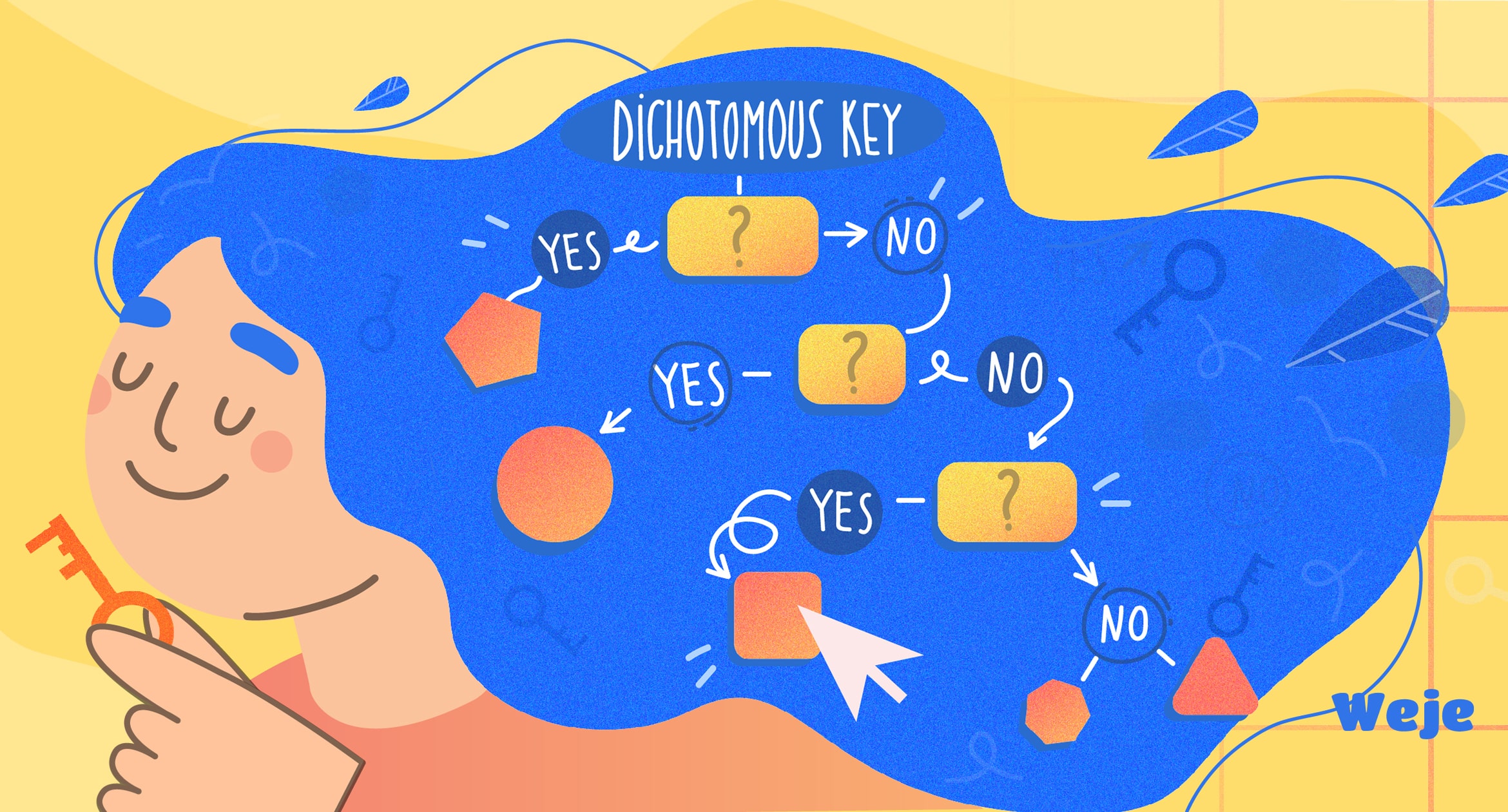 A dichotomous key is a way of identifying patterns based on opposing statements, often associated with physical characteristics.

Dichotomous keys usually emphasize species identification by their scientific name, as each individual species has a unique one.

First used several hundred years ago, dichotomous keys are made specifically to identify different life forms in a group. These keys work best when used to identify species that are closely related but have distinctive traits or behaviors that distinguish them from other species in the group.

Dichotomous keys are very useful because they allow non-expert users to identify organisms, directing them to study known important organisms. Many people may not know how to distinguish between different types of pine, for example, based on the location of needles on a branch, but the key is to be able to ask them this question and give them useful information based on the result.

A dichotomous key is a way of identifying patterns based on opposing statements, often associated with physical characteristics. By running a series of contrasts, it will be possible to define the boundaries of the sample until you can correctly identify it. Keys are widely used in sciences such as biology and geology.

To make your own, you first select the characteristics you will use to match the patterns, and then you frame them as a series of statements or questions that you can use to differentiate between them.

Why use a dichotomous key?

You can also use the dichotomous key for use outside of life sciences. Any group of different objects requiring classification, such as stones or chemicals, can be identified using this type of key. Keys can also be created specifically for certain groups of things, so that you can exclude extraneous choices that would not be found in certain settings.

While all dichotomous keys function the same, there are several different ways to present them to the user. They are as follows:

When the dichotomous key is nested, the next question in the series appears “nested” under the answer leading up to that question.

This is often accomplished with indentation, with each question following the first given extra indentation to distinguish it from the rest.

In a related dichotomous key style, the questions are laid out in a list.

Each answer tells the user which question to ask next, and the user must find the correct question to correctly identify the organism.

As handheld computers become more prevalent, identification keys are increasingly being converted into the form of computer programs.

Similar to popular online quizzes, the user can thus achieve correct species identification by answering a series of either / or questions.

In the “branching” or “tree” scheme of a dichotomous key, each characteristic of an organism is presented in a style similar to tree of life.

Each question or feature starts a new “branch” of the tree, and each subsequent question is a sub-branch.

Identification is achieved at the end of the tree branches.

Many practical problems can be encountered when using keys to define, for example:

The problem with using a dichotomous key is that in some cases none of the choices will be correct. The clues are based on information that is correct for most members of the species, or that is correct in most cases, but may not be observed in an individual specimen.

Typically, the key for identification is a form of the key path that offers to perform a fixed number of identification steps, each of which involves the choice of one of several alternatives. The selection made in the current step determines the next step in the determination sequence. If at each step of the key a choice is made from two options, the key is called dichotomous, if more – polytomous. Modern interactive keys allow you to flexibly choose the necessary identification steps and their sequence.

Dichotomous keys are most commonly used to identify plant and animal species based on their characteristics.

Dichotomous key is very useful for identifying an organism as a member of a single, closely related group of organisms. In many environments, this is sufficient for complete identification of the species. Dichotomous keys allow their users to reliably identify objects in the natural world.